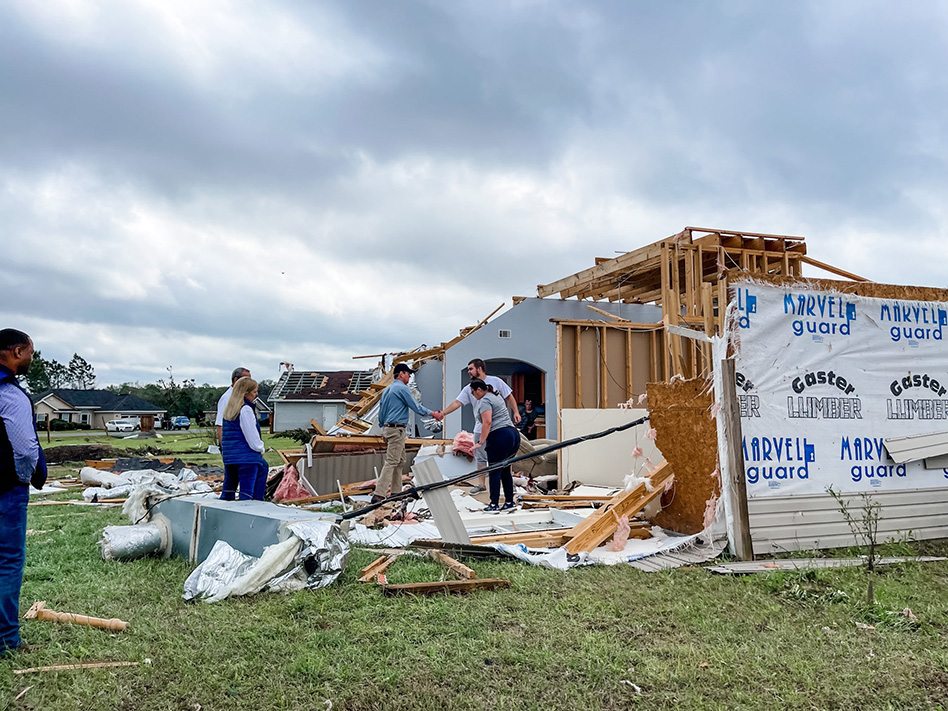 In the month of March the United State experienced a very, very active severe weather pattern. This year the United States had 187 confirmed tornadoes in March alone. In April the US has seen 73 confirmed tornadoes so far, quite a few along a major tornado outbreak that traveled throughout the south. This article aims to break down a tornado outbreak that occurred from a system that spanned for 3 days, spawning around 84 tornadoes, a few of them violent.

An upper level trough was located along the central US, pushing east. At the surface, a cold front and low pressure was located near Mississippi, pushing its way east throughout the day. The atmosphere was ready for severe thunderstorms. This was noticed by the SPC, and an enhanced risk for thunderstorms was issued. The main threats were damaging winds and tornadoes, a few strong tornadoes were possible as well. Energy for thunderstorms were readily available, with dewpoints being in the mid-to-upper 60s across Mississippi, Alabama, Georgia, and Florida. Wind shear, which is the change in direction of winds as you higher in the atmosphere, was very real, which drove the severe threat and the tornado threat as well. As storms formed in western Alabama, they pushed east into a line. Ahead of this line, multiple discrete thunderstorms with rotation were ongoing in parts of Georgia, and even South Carolina. As the line pushed east with damaging winds, more storms would form ahead of the line, and drop multiple tornadoes. Some of them were very violent.

The most powerful tornado of this outbreak claimed one life after creating devastating damage to homes in Bryan County, Georgia. While this tornado was only on the ground for 15 minutes and 13 miles, it made the most of it. It peaked its winds at around 185 mph, and was almost 3/4 miles wide at one point. It ripped a home off its foundation and scattered debris everywhere.

This tornado was prompted as “large and extremely dangerous” as it passed through the community of Allendale, South Carolina. The tornado completely decimated mobile homes, injuring as least one person. This tornado was on the ground for around 20 minutes and went for about 13 miles before lifting.

This tornado was on the ground for quite some time, about 34 miles. It tracked through three counties and was existent for around 50 minutes. It produced peak winds around 160 mph.

This year will likely be above average in the total amount of tornado the United States will receive. You don’t need to have a large tornado create damage. Every tornado is dangerous, so if you are under a tornado warnings, take it seriously. Go to an interior room on the lowest level of a sturdy building, NOT a mobile home. Taking cover can save your life, especially from things like debris.