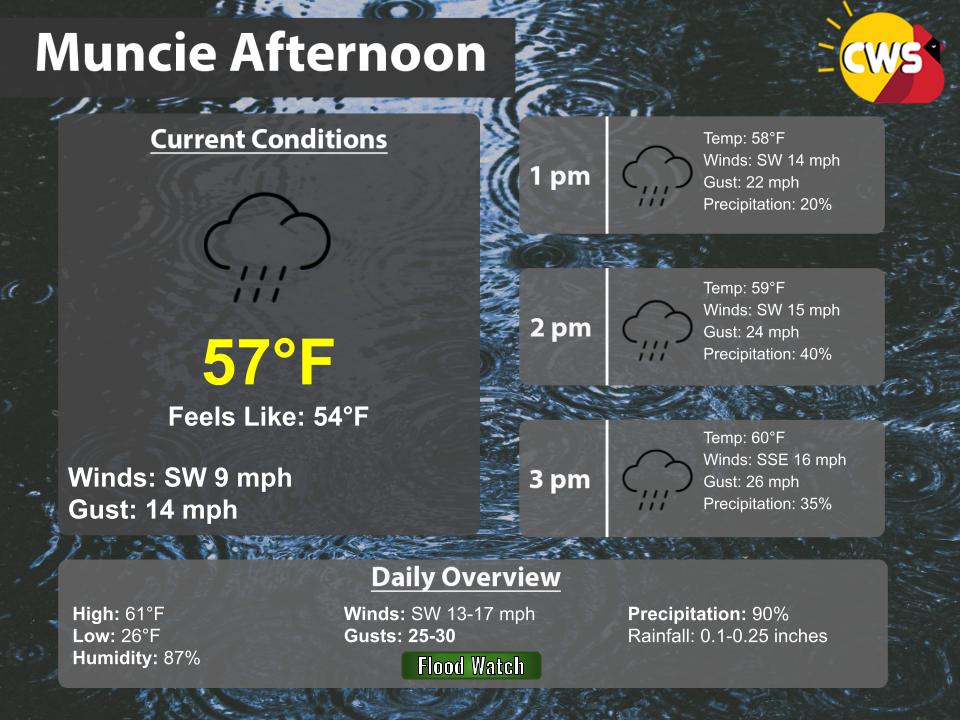 Good afternoon to everyone out there! It has been a rather rainy day up to this point but it looks like the showers will become more scattered than stratiform, constant rain. It is currently 57°F outside as of 11:30AM with light rain falling. The radar has much of the stratiform precipitation to the east of Muncie and there could be a break in the rain in the next couple of hours. Afterwards, scattered showers are still possible, however it should not rain all day for the remainder of today. Roughly over a tenth of an inch of rain has fallen and there is a possibility for up to a quarter to a half of inch of rain total for the day today. The afternoon should be warm, we could get as high as 60°F by 3pm today.