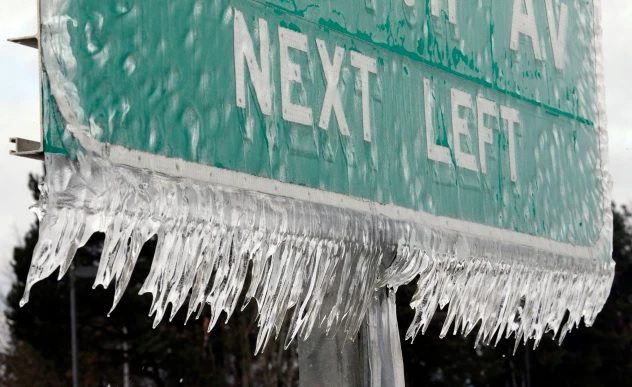 Good morning everyone, are you ready for the cold temperatures again? Well temperatures will be falling throughout the day as the rain that we see now will began changing over to sleet and freezing rain later this afternoon. The rain could heavy at times with maybe some thunder along with all of this. We also have a flood warning until 7 PM tonight. For today periods of rain, temperatures began falling into the upper 30s as we go into the evening hours. High will be 52 but that will occur early in the day. For tonight sleet and freezing rain early then all snow later with a low of 14 degrees. Northwest winds at 15- 20 mph. Less than one inch of snow in accumulated sleet ice and snow. Tomorrow skies clearing colder with a high of 27 degrees. Tomorrow night partly cloudy with a low of 14 degrees. Have a great day!