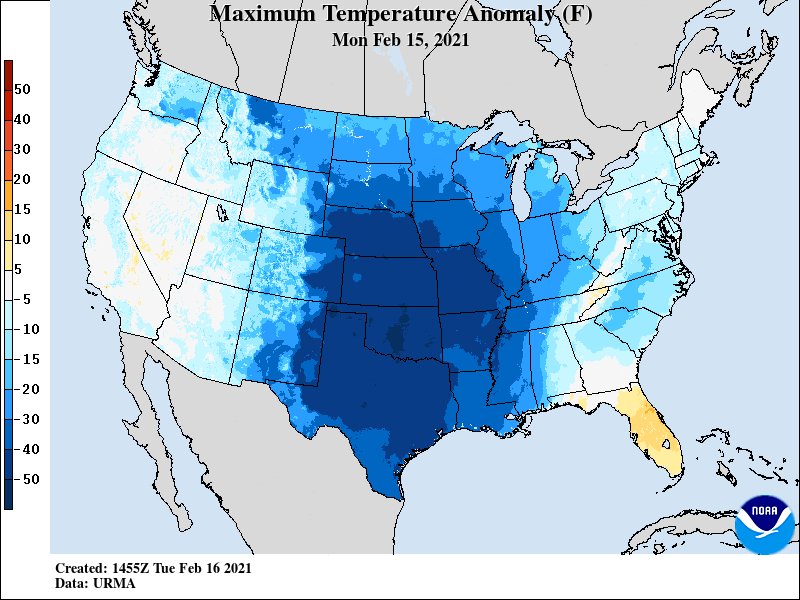 Many of you may remember when we had the unusually cold wave last year here in Indiana where temperatures were trapped below freezing for a couple weeks and we saw our fair share of snow during that time after a lackluster winter. This turned out to also be a cold wave that affected much of the U.S. including surprisingly Texas!

Initiation of the Mid-February 2021 Cold Wave
The event began when the jet stream took a nosedive in early February which began to spill arctic air into much of the Midwest. This wouldn’t just be any ordinary cold wave, this would eventually make its way down to Texas.

Impacts of the Mid-February 2021 Cold Wave
Around February 10, an arctic front would nudge its way down to the extreme southern parts of the U.S. bringing freezing rain and snow to as far south as Texas. This would lead to lots of accidents on the roadways especially for Texas. This would only be the beginning of the insanity to come. By Valentines’ Day another storm was brewing and making its rounds across the country with its aim set for much of the nation’s midsection and south, unfortunately with Texas in its path. On that day, heavy snow, freezing rain, and sleet would impact much of the nation’s mid-section also bringing many catastrophic impacts as well. This same storm would also bring heavy snow to Indiana starting late on February 14 and continuing into the morning of the 16th.

Cold Wave Invasion
Extreme cold would become the norm for much of the country starting as early as early-February. Temperatures in Minnesota dropped to as much as -50 degrees below zero on the mornings of February 13th and 14th. Bitter cold temperatures were reported as far south as Texas where lows dropped to as much as below 0 in some areas. The bitter wind chills would make it feel even more unbearable.

Chaos in Texas
In Texas, after the storm paved its way through the area on the 14th, bitter cold would follow soon after. Unfortunately, since Texas wasn’t prepared well enough for this event, this event itself would have major consequences. The power grid would unfortunately give out in the day preceding the cold wave event that followed. This would lead to many residents shivering in their homes and access to resources were limited as well. As a result of this, tragically caused dozens of damage and the damage is unknown at this time but it has been hinted to be over $20 billion dollars in damage. Cold temperatures would only continue until around February 21st when low temperatures finally moderated above freezing.