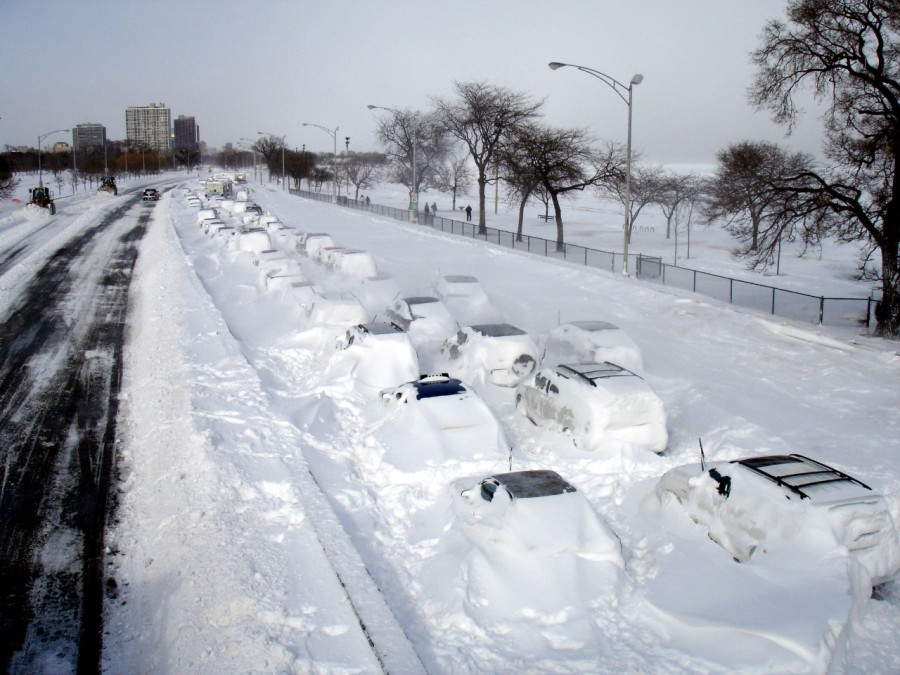 Many of you may remember the nightmare blizzard that impacted much of the Midwest back in early 2011 that shut down the entire nation’s mid-section. Starting on January 31, 2011, a nightmare would begin to invade much of the country.

Initiation
On January 30, 2011, winter storm watches began to be posted for much of the country in advance of the storm the next day. By January 31st, cold arctic air began rushing into the northern part of the United States from Canada along with Gulf moisture streaming in from the Gulf of Mexico. These would both go on to collide to create messy weather across much of the country. Late on January 31st, snow and ice began to impact portions of the Midwest including Indiana as precipitation began to enter the area.

Impacts on Chicago
In Chicago, snow began to fall heavily in the area and by that night up to 20 inches of snow had fallen putting traffic at a standstill for the Windy City. Eventually, cars had to be abandoned due to the severity of the storm. Unfortunately, 7 people were killed as a result of the storm in Chicago. Snowfall in Chicago ended up topping out at around 22 inches once the storm had moved away from the area. Chicagoans nicknamed the blizzard “Snowmageddon”.

What about Indiana?
Down south, freezing rain was a concern especially in Indiana. During the evening on the 31st and into the morning of February 1st, periods of freezing rain and snow for much of the area. This was followed by another more significant round of ice and freezing rain later in the day on the 1st bringing the total accumulation for freezing rain up to 1 inch with an additional 0.6 inches falling as ice. Snowfall amounts of 1 foot and more were reported in northern Indiana where they didn’t see much of the way of ice. As a result of the storm, 50,000 people were without power in the Hoosier State for up to several days after the storm moved through.