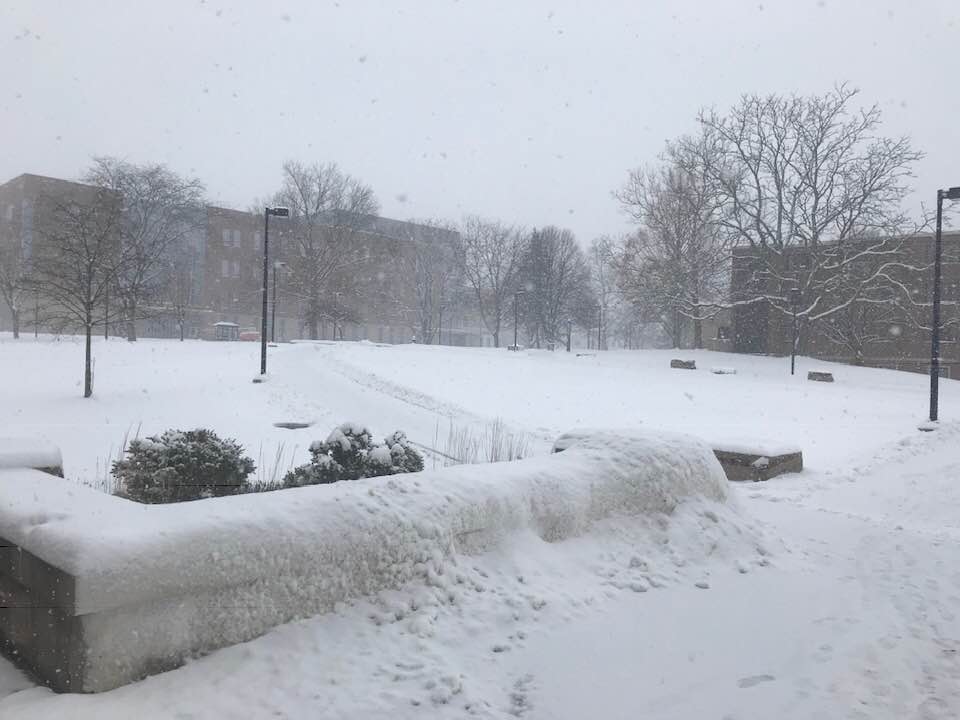 After days of sunshine and warmth, the weather is expected to take a different turn today in an unexpected way. Right now it is cloudy with a temperature around 41 degrees. Winds are coming out of the northeast at 9 mph with the temperature feeling like it is in the mid 30s. As we head throughout the morning, we expect the clouds to continue to hold over the area as a strong low pressure system approaches nearby along with a strong cold front. Unfortunately, this low pressure system and cold front is expected to spell bad news later today. Later today, temperatures will begin to plummet on the backside of a strong cold front. A strong column of arctic air is expected to push in which will began to trigger snow by this evening. Yes, this isn’t a joke unfortunately but it looks possible that we could see snow. As we head throughout Tuesday evening and into Tuesday night, snow is expected to fall in the area with accumulation amounts ranging from 1 to 3 inches of snow by Wednesday morning. Not only will we be getting significant snow this late in the season but we also do have a Freeze Warning in place for the entire area due to temperatures being likely to dip below 32 degrees later tonight. If you are going to be out traveling or about this evening, make sure that you dress appropriately for the weather because it is going to be a hectic day!