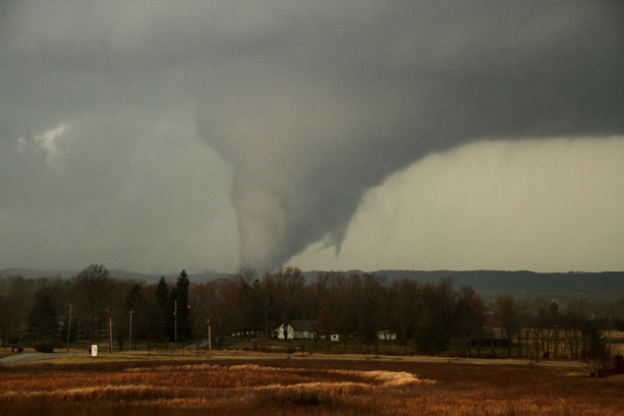 It’s been 9 years since the March 2nd, 2012 tornado outbreak, which was a catastrophic event for the Midwest and South, particularly for southern Indiana, Southern Ohio, and Kentucky.  The Storm Prediction Center initially had the Midwest under a slight risk for severe weather, but that changed to a moderate risk the day before the tornado outbreak, and then a high risk (which is uncommon) on the day of the event.

At about 11 a.m on March 2nd, the National Weather Service issued a Tornado Watch for much of southern and central Indiana, including Indianapolis. This would be the first of three watches that day under the category “Particularly Dangerous Situation (PDS)”, a type of watch that is rarely issued and is kept for only the worst severe weather outbreaks.

By the time the storms had moved out, there was 139 tornado touchdown reports, 297 tornado warnings issued by the National Weather Service, and unfortunately, 39 casualties. Perhaps the hardest hit areas were Southern Indiana and Northern Kentucky, which involved a single EF-4 tornado that lasted 49 miles. This tornado was most devastating to the town of Henryville, Indiana, as it ripped through the center of town. Debris was carried by this tornado upwards of 70 miles away in parts of Ohio and Kentucky. There were many other locations devastated by the tornados as well as other severe weather that day. As for the Muncie area, all the severe weather stayed well to the south. In fact, there are no severe reports for the Muncie area from that day, despite being included in the tornado watch.

The below picture is of the EF-4 that tore through southern Indiana and Henryville.