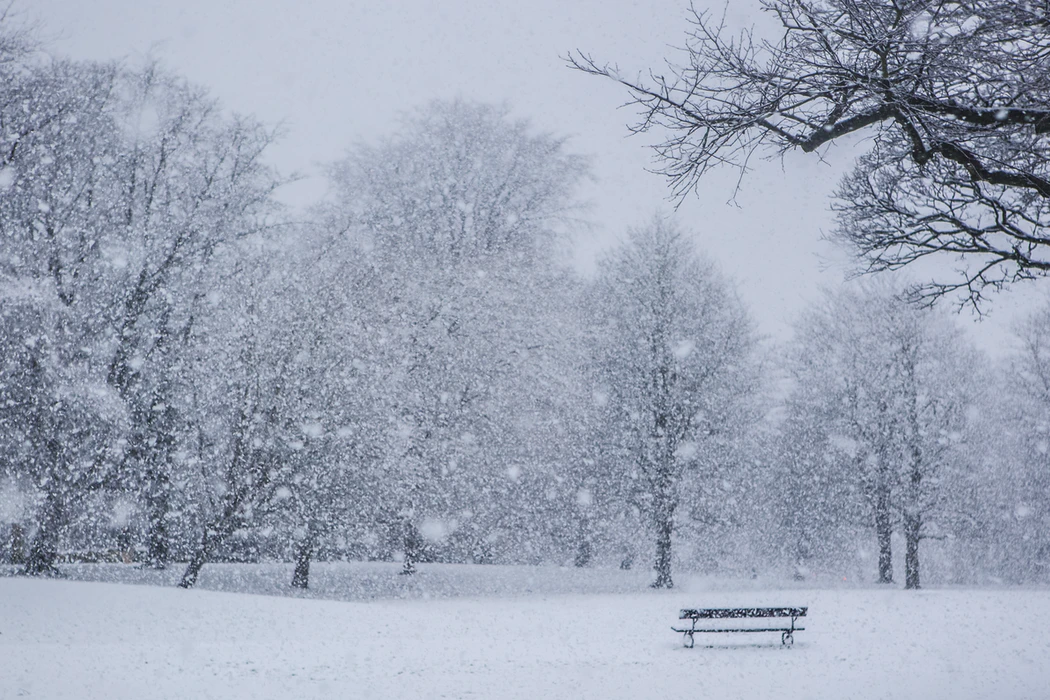 Everyone expects to hear the sound of thunder during the summer, when thunderstorms frequently roll through, but what about during the winter? No one would ever expect to hear thunder during snowfall, but this can actually happen. During the winter, this can happen right conditions, we call it thundersnow! To understand thundersnow, we need to take a look at how lightning forms during normal thunderstorms. Thunderstorms develop when there is ample lift in the atmosphere, which is usually caused by warmer air pockets rising over a colder atmosphere. These rising air pockets create a strong upward draft that eventually turns into a thunderstorm. The lightning occurs when particles rub together in the turbulent cloud, creating a static charge. This static charge eventually discharges in the form of what we see and hear as lightning and thunder. This process is uncommon in the winter because the atmosphere is much colder, creating an unfavorable environment for lift.

Thundersnow occurs as the result of a similar process, but understanding this is a bit more difficult, even for meteorologists. In unusual cases, lift on a less intense scale can develop during the winter, causing thundersnow. One common cause of lift in the Midwest is the relatively warm moist air off the Great Lakes. When lift does occur, the cloud often creates heavy snow and can even create with the snow graupel. Graupel is essentially a pellet of snow, but not solid enough to be considered sleet. When snow and graupel particles interact as they slide past each other, they create a static charge. Just as in thunderstorms, this static charge eventually discharges as lightning and thunder.

Predicting thundersnow is a challenge and very few meteorologists will try to predict it because little it known about it. Thundersnow usually occurs in small, intense bands of snow, sometimes resulting from lake effect snow bands. Additionally, thundersnow is usually not a huge danger because people are generally inside during the winter season, unlike during summer storms.

While thundersnow is not all that rare of a phenomenon, many people never think of thunder when they think of snow, but it does occasionally happen. Have your ears ready next time it snows, maybe you’ll be lucky enough to hear some thunder!