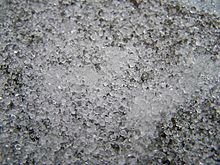 After a couple nice and sunny days, we expect changes to arrive later today with another system that is slated to bring us a wintry mix. Right now, temperatures are at 29 degrees with a wind chill of 21 degrees currently. Winds are coming out of the south at 8 mph. As we head throughout the rest of your morning, skies will turn overcast with temperatures gradually rising above the freezing mark. Temperatures will eventually top out at around 39 degrees later today. Winds will be coming out of the south-southwest at 10-18 mph with gusts up to 30 mph at times too! With the system that is expected to move through, as of right now, the precipitation type is disputed between rain, some sleet, and snow. If temperatures happen to be warm enough, we could avoid dealing with the sleet but if the later happens then we could possibly have some sleet along with the rain and snow that we do get. As you head out today, make sure to take precautions especially with the fickle weather that we have and stay safe!