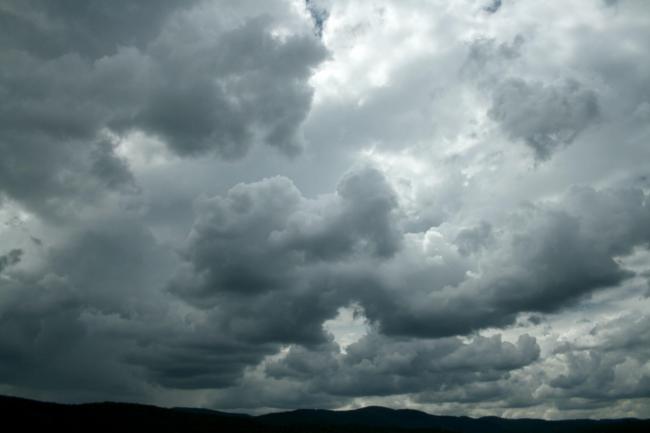 The atmosphere is a machine that constantly moves air around. But the core thing to remember about the atmosphere is that certain chunks of it have similar characteristics, such as having warm, moist air. We call those “chunks” air masses. When differing air masses interact with each other, the differences in quantities (such as warm vs. cold, dry vs. moist) means we get the development of a “boundary” between them, called a front.

Most are aware of the basic fronts: Warm front (which brings warm air), cold front (which brings cold air), and stationary front (which can bring precipitation). But our atmosphere is a bit more complex than that. Depending on how these fronts are oriented, sometimes different weather patterns can form in front of or behind these fronts. When that happens, we get anafronts or katafronts.

Anafronts are boundaries where warm air is forced to rise above a frontal surface, which is where you have differences between cold air and warm air (usually due to density). The air rises and cools as it reaches the upper altitudes, generally forming clouds behind the front. Katafronts, meanwhile are where warm air slides down the frontal surface, forming clouds in front of the boundary.

So, why would this happen? Well, think of a cold front as a bulldozer. Cold air is more dense than warm air, so it sinks and reaches the surface. In the case of anafronts, as the cold front moves, it pushes up the warm air at the surface and forces it to higher altitudes. When that happens, the moisture in the air condenses, forming clouds. If enough moisture condenses, you get rainfall because the clouds will be too moisture-laden to hold anymore water.

Meanwhile, with katafronts, the warm air sinks ahead of the cold front, and because this results in stable conditions, nothing major happens, aside from temperatures dropping.

In short, even with some of the most basic fronts that we know of, there are different types associated with them, showing that the atmosphere is very much a complex machine.