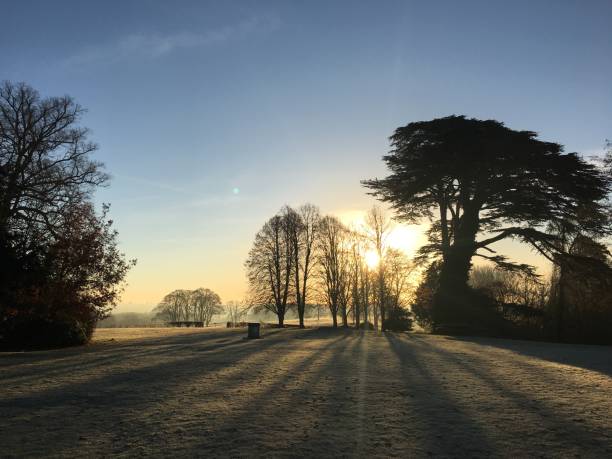 During the winter, the earth is tilting away from the sun in the Northern Hemisphere. We do not receive intense solar radiation like we do in the summer and we also do not see the sun as much either. Here, I examine some climatological statistics and explain some of the reasoning.

Above shows different cities throughout the US and their clear days in January. The percentage sun column represents how much of January was sunny. It is important to note that cities in the lower latitudes like Miami, Florida and Phoenix, Arizona have higher percentages of sun. Other locations that have higher latitudes like Grand Rapids, Michigan and Buffalo, New York have lower percentages. Areas that have lower latitudes receive more intense radiation not just now, but throughout the whole year.

The clear days column represents how many days out of January certain cities have mostly clear conditions. The clear days do not represent completely clear skies, but mostly sunny skies. The cities who again, have lower latitudes see more sunny days as well. Places like Denver, Colorado and Phoenix, Arizona have the highest number of clear days in January.

Above shows a map of the average temperature in January across the country. Southern cities like Miami and New Orleans, trend warmer while northern cities like Chicago and Bismarck trend colder. This can be supported by the amount of sunshine the cities receive in January. If a city like Detroit only has 4 clear days out of the month, their temperatures are not able to warm up much. A city like Phoenix, Arizona has 14 clear days, so their temperatures are able to warm up. From the map above, it looks like Detroit’s average January temperature would be somewhere around 20 degrees. Phoenix’s average temperature is somewhere around the lower 50s.

Overall, we can tell that January is not a month where we see a lot of sun when we walk outside. This applies even to the southern cities like Dallas and Miami. This has to due with our relative position on earth during winter. Places in the southern hemisphere are seeing the opposite of us.