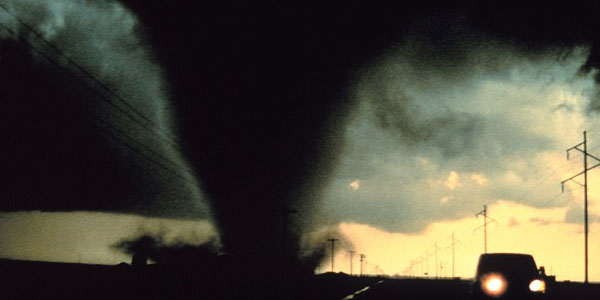 When it comes to El Nino and La Nina, they can usually play a role in the way tornado seasons play out in the United States.

El Nino’s Impacts on Tornado Season
El Nino usually leads to less tornadoes during the peak tornado season in the spring. This is due to El Nino weakening the surface winds which prevents warm, moist, unstable air from making it far as the Great Lakes. This leads to tornadoes only being concentrated over the Southern States with lesser tornadoes being possible in the Northern U.S. States.

La Nina’s Impacts on Tornado Season
La Nina can usually lead to an increase in tornado activity especially for the east half of the U.S. This is due to La Nina bringing moisture further north which can lead to tornado outbreaks happening as far north as the upper Great Plains and the Great Lakes. Unfortunately, this could mean the potential for possibly some devastating tornado outbreaks such as the 2011 Super Outbreak that brought 360 tornadoes within a span of 4 days in late April 2011. This lead to around 12 billion dollars in damages and the outbreak killed 321 people. Even more baffling, 4 EF5 tornadoes would touch down on one day during the outbreak.

Without El Nino and La Nina Impacts on Tornado Season
Without either oscillation, there is still the potential for a significant tornadoes.