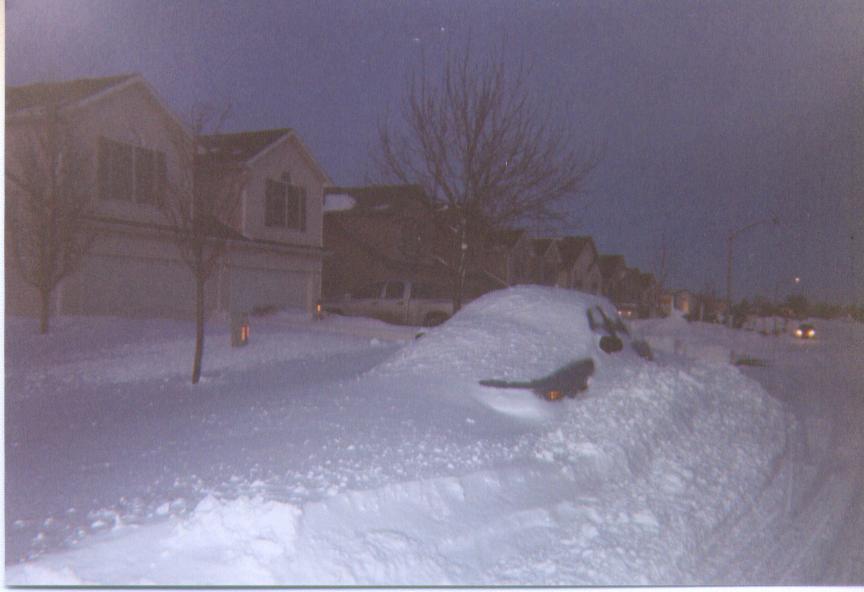 Valentines’ Day is usually a time of joy and happiness with celebrating with your loved ones but it can also prove to be a very prolific with winter weather in play. For example, last year we had the major snowstorm that impacted much of the country shutting down interstates, traffic, and businesses. However, the snowstorm from February 2007 would prove to be no stranger to the United States, especially for the Great Lakes, Northeast, and New England.

Initiation and Development
Early on Monday, February 12, 2007, a low pressure system developed in the Plains from the southern branch jet stream disturbance. This would began the start of a period of volatile activity for much of the United States. On that same day, the system would spawn tornadoes leading to a fatality in New Orleans.

Impacts on the Great Lakes
Snow began to pour into Illinois and Indiana by the evening of February 12 as the system began to move into the area. Throughout the day on February 13th, heavy snow continued to impact much of the Great Lakes region especially in Indiana where blowing and drifting snow was reported at times during the event. The heaviest of the snow fell around the Lafayette-Muncie line! By the time the snow dissipated early on Valentines’ Day, heavy snowfall amounts from as much as one foot or more were reported in many locations including Kokomo, Frankfort, and Lafayette in Indiana. Muncie ended up picking up 11 inches of snow by the end of the event. Similar snowfall totals were reported across Illinois preceding the event. Surprisingly, Blizzard warnings were also issued on February 13th in parts of Illinois due to the blowing and drifting snow as winds exceeded 35 mph at times. The highest wind gusts were reported around Champaign, Illinois!

Impacts on Northeast and New England
The area that would receive the brunt of the heavy snowfall would be New England as the storm began to make its ascent towards the area late on February 13th while still battering parts of the Midwest and Great Lakes with heavy snow, freezing rain, and sleet. Due to the interaction with warm moist air from the Atlantic, a strong disturbance nearby, and strong temperature contrasts, this would lead to a major event for the area. Late on February 13th, snow would began to fall in the area and would only increase overnight and into the morning hours of February 14th. The snow would then become very heavy as the snow impacts parts of New England dropping as much as 6 inches of snow every hour! In Worcester, New York, a small town, heavy snowfall as much as 6 inches fell within a one hour period on February 14th! The snow would continue to impact the area throughout the rest of the day on February 14th as the snow continued to power its way through New England. By the morning of February 15th, snowfall amounts of up to 40 inches of snow were reported in parts of New York! Even before the storm, parts of New York were suffering from a lack in snowfall. The 2007 Valentines’ Day Snowstorm would not only put an end to that issue but it would create a major headache for those in the area. Train stations were shut down, many flights were cancelled, parts of interstates were shut down, schools were shut down for three consecutive days as the storm had taken place on Wednesday (February 14th) and roads took a while to be cleared. Significant sleet was reported for areas to the south of the heavy snow line in areas such as Hartford, Connecticut where up to 3 inches of sleet was reported.

Aftermath
Overall the 2007 Valentines’ Day Snowstorm was responsible for more than 40 deaths and up to $1.373 billion dollars in damages. Many airports in major cities had to be shut down as a result of the storm and ended up losing millions as a result. Snow plowers were forced to work 12-hour day shifts to take care of the heavy snowfall that piled up across much of Midwest, Great Plains, and in New England. Businesses also suffered losses especially with sales relating to Valentines’ Day. High winds would precede the storm for several days after it moved off the New England coast. The storm itself is still highly remembered 15 years later in New England, Great Lakes, and in the Midwest for its ferocious nature and its impacts that it had.