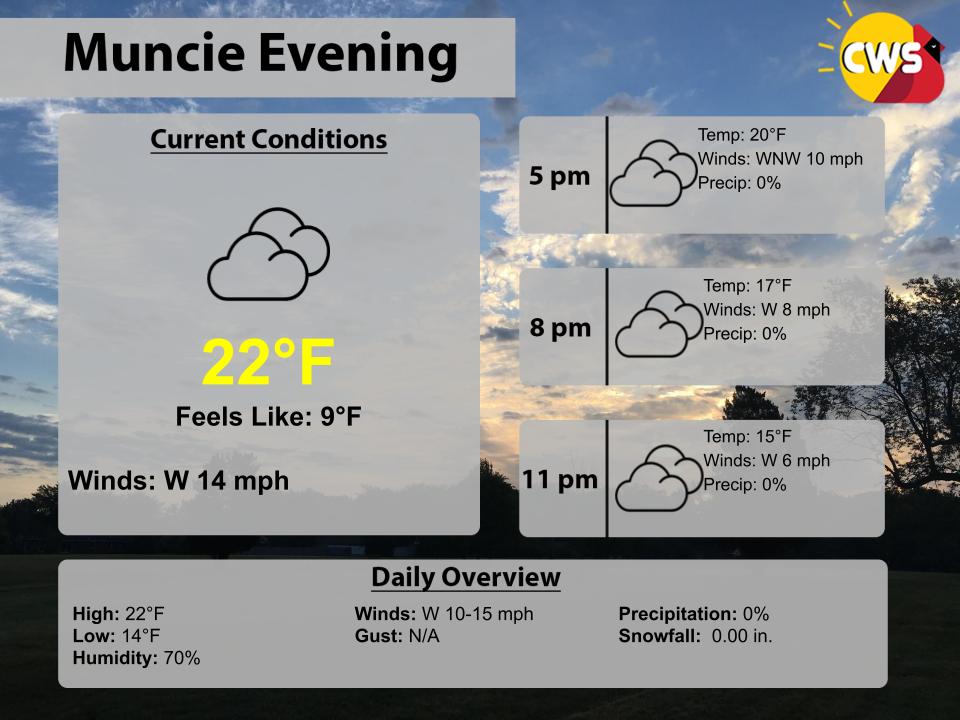 Good evening everyone out there! The day has turned overcast and the temperature has stayed steady for the evening after falling for much of the morning and afternoon hours as the weak cold front continues to push eastward further from the area. We’re at 22°F at 2pm which is about where we have been for the majority of the afternoon hours. Our high for the day was 31°F which was set in the pre-dawn hours. Wind direction has been shifting around quite a bit today from the northwest to the west and will shift to the southwest overnight. This should set up for temperatures to moderate some to seasonal averages for the rest of the week. As of 2pm, the wind was out of the west at 14 mph, producing a Windchill of 9°F. Clouds will linger around for the rest of the early evening and will begin to clear up slightly overnight to a mostly to partly cloudy sky as high pressure will build in from the high plains region. Yet again, it will be another chilly evening with a low of 14°F. Not the coldest it has been all year but still below average of what we should be for the first full week in February.