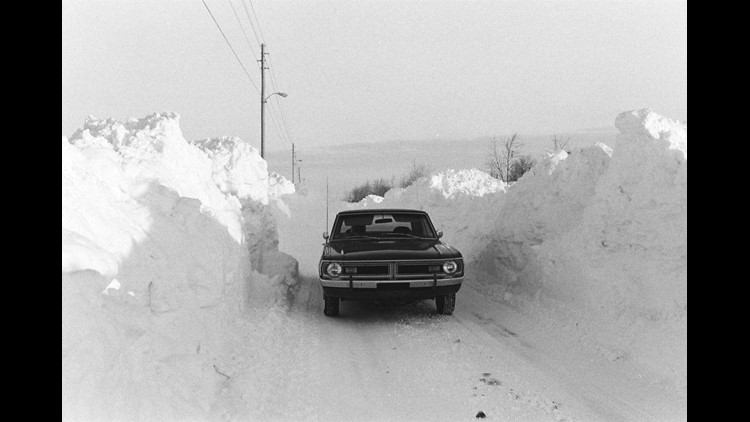 Many of you may think that the snowstorms that we see nowadays like the Presidents’ Day Snowstorm of 2021 which was worth noted for its impacts on Indiana. However, back in 1978 this was a grave reality for Indiana.

Late on January 25, 1978, snow began late in the day in Indiana and began to accumulate in parts of Indiana. This would only be the beginning of what would be nearly 48 hours of terror.

During that time, winds of 60 mph or more were reported in portions of Indiana and in surrounding states. Snowfall totals reached around 20 inches in central Indiana with areas farther to the north seeing up to 40 inches of snow within the 3 days that the snow fell!

The snow was so bad that it got to the point that the National Guard had to be deployed to deal with people that were stranded on the roadways during the midst of the snowstorm. Many highways had to be shut down due to the blizzard.

Temperatures were around 0 but wind chill values dipped to as much as 50 below zero due to the strong winds that accompany the storm. Up to 70 people were killed by the storm, 11 of those deaths were reported in Indiana as a resort of the storm.