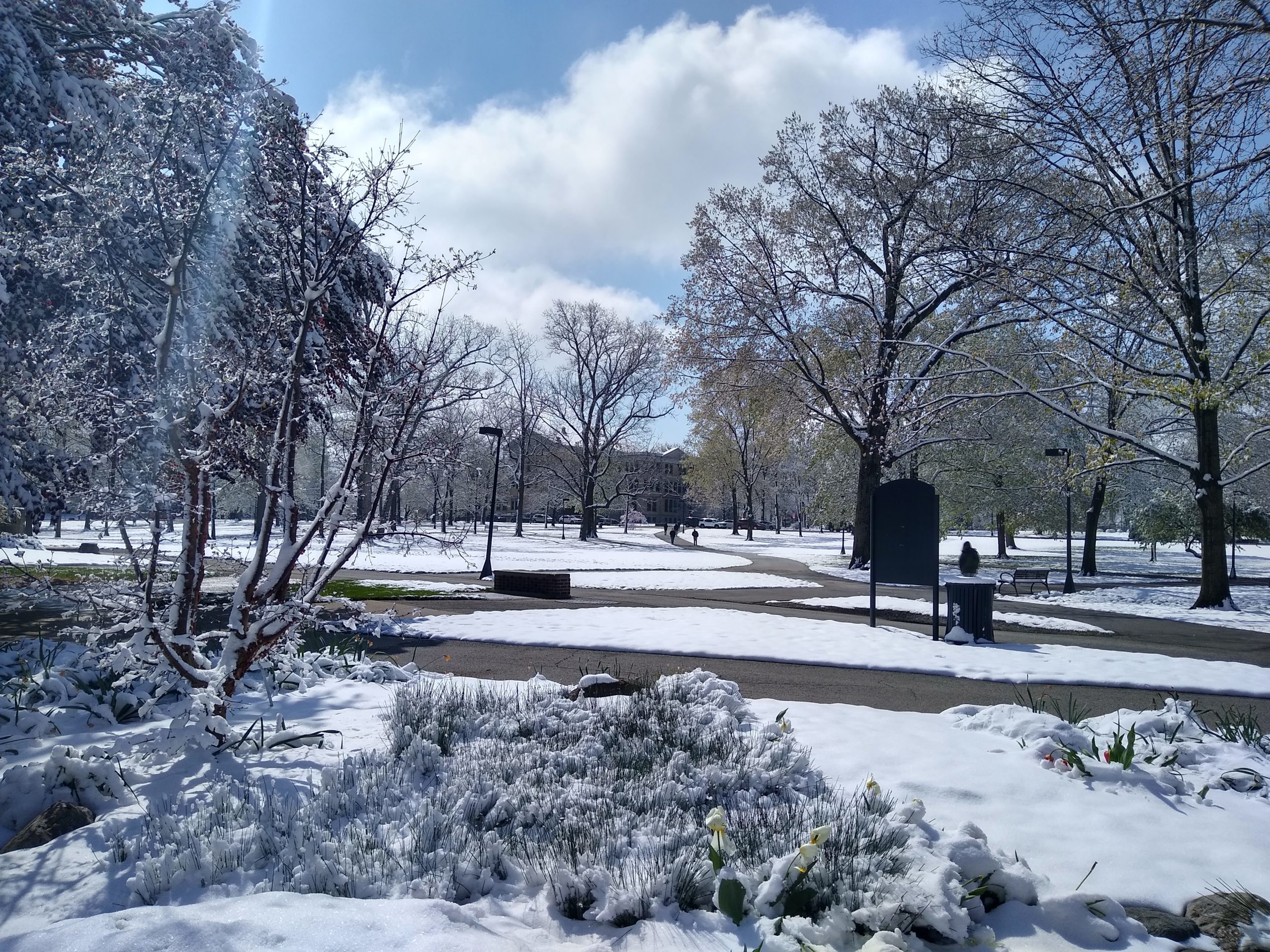 The saying “April snow showers bring May flowers” just doesn’t have the same ring that the original one does. But in the case of this year, we had some late April snow! According to the National Weather Service, the average last snowfall for Indianapolis is on April 30th, that was almost a month ago. Just a few days ago on April 21st, Indianapolis, Indiana received about 2 inches of snow and Muncie, Indiana received as high as 4 inches of snow!

Getting this much snow this late is very unusual. The snow came as part of a system that brought cold weather and a swath of snow from parts of Kentucky and Indiana, all the way into Canada. Cold weather also caused to National Weather Service to issue statements on freezes since the growing season has begun. These advisories and warnings stretched from Texas all the way into parts of Pennsylvania, as shown on the map below.

The snow quickly melted throughout Wednesday and Thursday, ending the snowy scene. Luckily, warmer weather has has already moved back in. Spring can now resume!