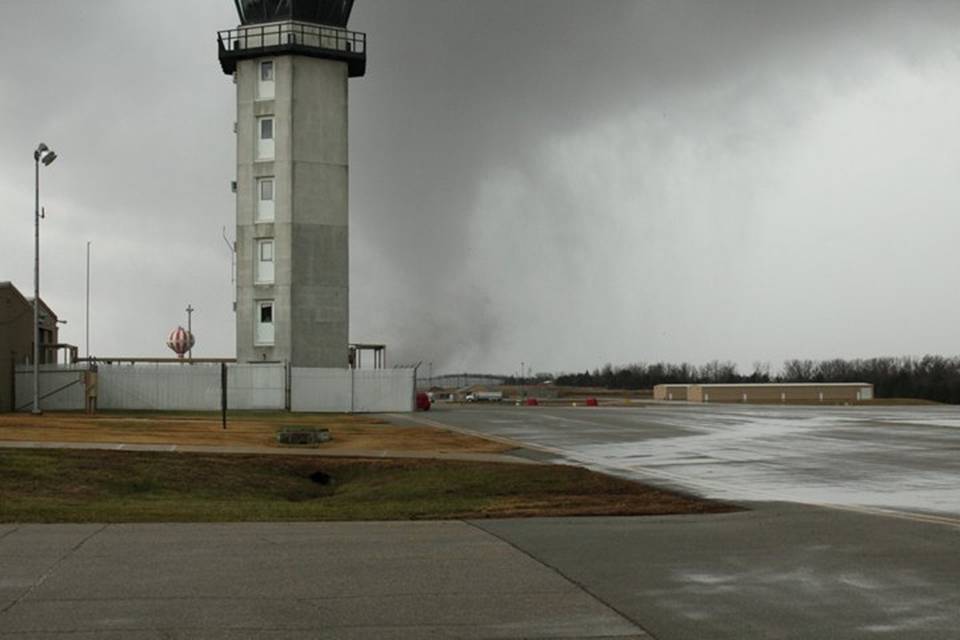 As we approach the end of a gruesome and challenging year, we look back to reminisce on the past New Years’ Eves. On New Years’ Eve, the weather can especially be challenging at times. There was one particular New Years’ Eve that goes down in infamy for what occurred on that day. That New Years’ Eve happens to be from the year 2010, which was nearly 10 years ago. On December 31, 2010, it will officially mark the 10th anniversary since the infamous tornado outbreak that came to close the year on a tragic note.

Initiation of the New Years’ Eve Tornado Outbreak of 2010
Early in the day on December 31, 2010, a strong low pressure system began moving through portions of the Midwest. At the same time, warm and moist air from the Gulf of Mexico streamed into the Deep South and parts of the Midwest. Colder air on the backside of the low, began to initiate heavy snow and blizzard conditions to areas in the Upper Midwest and the Great Plains. The instability was also its greatest in the Midwest and Deep South. However, with all the ingredients in place, it was the perfect environment that was favorable enough for a tornado outbreak to take form.

Events of the New Years’ Eve Tornado Outbreak of 2010
On December 31, as the cold front began to shift to the east in the Midwest, tornadoes began to initiate from storms that began to form ahead of the front. Early in the day, there were several EF3 tornadoes that touched down. One of the EF3 tornadoes pulverized Cincinnati, Arkansas and took the lives of 3 people. The other EF3 tornadoes touched down in Missouri, including near St. Louis, Missouri. By the afternoon, most of the action shifted off to the southern U.S. states. Throughout the majority of the afternoon and evening, the storms plowed their way through Mississippi, Louisiana, and eventually into Alabama. The storms continued to spark more tornadoes throughout all three states. On tornado, that moved through Jackson, Mississippi impacted the airport in the area. Additionally, the National Weather Service in the area had to take cover as the tornado rolled neared the weather building. As the night progressed and the calendars flipped from 2010 to 2011, more tornadoes continued to touched down across portions of the southern U.S. states. Another EF3 tornado touched down near the town of Macon, Mississippi, at around 2:30am on New Years Day 2011. By the time the storm system finished up on New Years Day 2011, there had been 44 tornadoes that touched down. The majority of them occurred on New Years’ Eve 2010 while the last few touched down early on New Years’ Day 2011.

Aftermath
The New Years’ Eve 2010 outbreak led to $123.3 million dollars in damages and it was also responsible for claiming 9 lives. Many in the Midwest, woke up to the new year to only find their homes and businesses in shambles from the outbreak. The last New Years’ Eve outbreak before this occurred in 1947. Although, New Years’ tornado outbreaks are seemingly rare, there is still that possibility that with the right ingredients in place, before the next year, it could happen again. Keep your fingers crossed that it doesn’t happen this year.