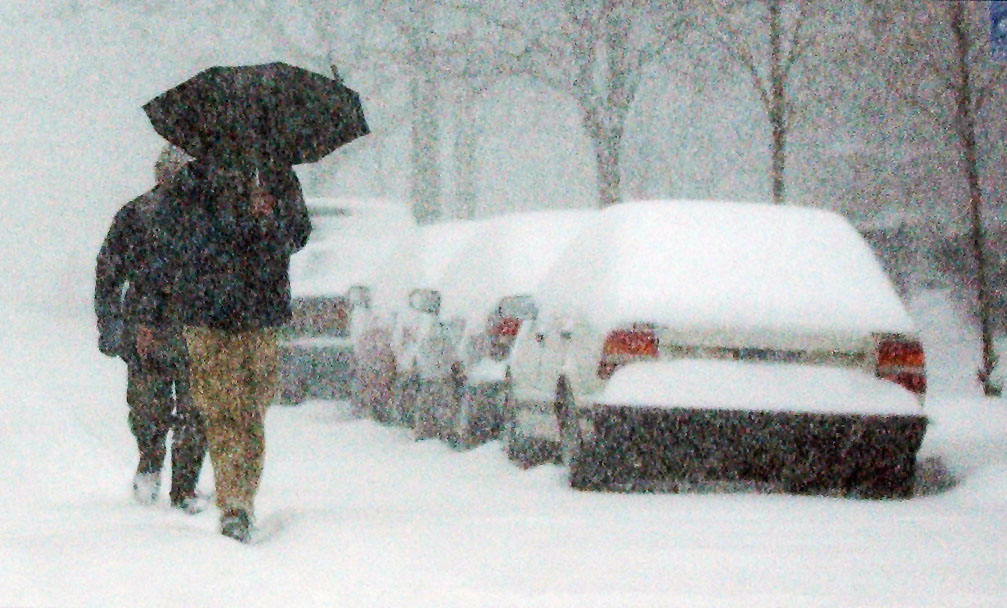 Christmas is prime time for the need for a good snow because we all need to have a “White Christmas”. However, sometimes this could lead to issues on the roads and make travel harder for Christmas travelers. Just 18 years ago, a snowfall event affected much of the United States. The worst of the storm struck New England pretty hard.

Initiation of the Christmas Nor’easter of 2002
On December 24, 2002, a low pressure began to gather strength in Mississippi. The system would eventually track its way up to the northeast, and along the way get much stronger. By the afternoon of Christmas Day, the storm had already made it up to Atlantic City, New Jersey. Another snowstorm coming out of Colorado, impacted the Great Plains and Midwest on December 23 and 24. Indiana ended up receiving some snowfall from the event that ranged from from 1-12 inches of snowfall across the state. Most areas saw anywhere from 6-12 inches of snowfall in Indiana.

Storm Events of the Christmas Nor’easter of 2002
By midnight on Christmas Eve, snow was already beginning to fall in parts of New Jersey. Within a couple hours, there had already been an inch of snow reported in some areas. However, with the approach of the low pressure system, snow began to change over to sleet and freezing rain. Throughout the morning hours on Christmas morning, sleet and freezing rain would continue to fall over portions of New Jersey and surroundings areas. By 9am, some areas were now only seeing rain fall while mixed precipitation continued in areas to the north. Farther to the north in New York, snow was falling pretty heavily in portions of the state. The snow would go on to continue for much of the day on Christmas. Also, during the day on Christmas, the nor’easter would gain in intensity and so did the winds. There were areas along the coast that reported winds of as much of 70 mph. In Belmar, New Jersey, the city recorded winds of up to 68 mph at one point during the Christmas nor’easter. The heavy snow in portions of the New England produced amounts of 1 feet or more in some areas. In New York’s Mohawk Valley, there was as much as 36 inches reported within a 5 hour time frame on Christmas Day. The snow would go on to continue in parts of New England into Boxing Day, December 26.

Impact of the Post New Year’s Day Nor’easter of 2003
The ice storm that occurred ahead of the Nor’easter on New Year’s Day 2003, led to 15,000 customers losing power. The Nor’easter that followed the event led to travel delays and flights being delayed once again. Snow that piled up on power lines led to even more people losing power for up to 2 days after the snowstorm finished up in the area.