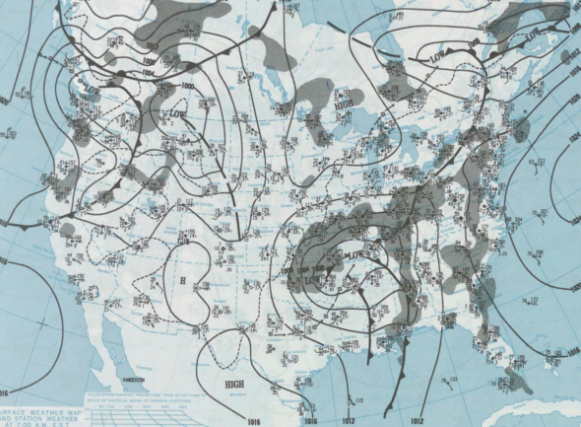 Thanksgiving is usually a fun time when you get together with your family to reminisce on the fun times about the year (well this year it might be different because of COVID). But focusing on the weather, the weather is usually either peaceful or chaotic prior to or on Thanksgiving. However, in 1992, an event would unfold that would definitely ruin thanksgiving for a lot of people.

Initiation of the Pre-Thanksgiving Tornado Outbreak of 1992
Prior to the outbreak that started on November 21, 1992, a southernly flow streamed in from the Gulf of Mexico which clashed with colder westerly winds. This in return would lead to the start of a prolonged tornado outbreak that would being on the afternoon of the 21st and continue until early on the 23rd.

Events of the Tornado Outbreak

Saturday, November 21st, 1992
The storms first began to fire in southeastern Texas, early in the day on November 21st. As the storms progressed to the east, they started sparking some tornadoes. The first tornado to touch down during the outbreak occurred near Glen Flora, TX. The tornado was rated an EF1. However, this would be the first of many tornadoes to strike Texas on that same day. Later during the day, 13 more tornadoes touched down. The strongest tornado to have touched down out of the 14 tornadoes in total was rated an EF4. This tornado led a path of destruction that went on for 30 miles from Galena, TX to Dayton, TX. The tornado touched down at around 3:27pm on that afternoon. The worst of the damage occurred in the town of Channelview, TX where 271 homes were severely destroyed and 14 were left without walls. The tornado led to 15 injuries but miraculously no fatalities. After wrecking Texas, the system continued on its journey into the states of Louisiana and Mississippi. In both states combined, there were 18 tornadoes reported from late day on November 21st into the early morning hours on November 22nd. The worse of the tornadoes that occurred that evening, carved a 128-mile destructive path from Hopewell, MS to Sherwood, MS. This tornado claimed the lives of 12 people, 8 of them from mobile homes. The tornado pulverized 700 homes and even some mansions along its path too. A second monstrous tornado of the outbreak, also rated an EF4, destroyed 120 residential structures and carved a 40-mile path of destruction. No lives were lost from this tornado but the loss of timber was up in the millions after the tornado moved through.

Sunday, November 22, 1992
Before the storms trucked out of Mississippi and into Alabama and Tennessee, they dropped 7 more tornadoes. A EF1 tornado would claim the lives of 3 more people, by late morning on November 22. Alabama saw a total of 13 tornadoes touch down during the outbreak, luckily there were no fatalities but there were 53 injuries. Tennessee, however, saw one tornado and that one would be a deadly tornado. It claimed the lives of one person and injured three more in its path. The tornado itself racked up $50,000 dollars in damages. The storms continued into Georgia and dropped 11 more tornadoes which killed 7 people and injured 157 more. During that same time, farther to the north, severe storms formed in the Ohio Valley region impacting Indiana, Kentucky, and Ohio on the afternoon of the 22nd. The Hoosier State saw 15 tornadoes touch down, including and EF3 on the north side of Indianapolis. In total, the tornadoes caused $12 million dollars in damages and injured 6 people. An EF4 touched down near the Ohio River and carved a path of destruction for up to 27 miles. There were several more EF3 tornadoes reported in the Ohio Valley region as well.

Monday, November 23, 1992
Late on the night of the 22nd and into the early half of the day of November 23rd, the storms continued marching their way towards the East Coast. The states that ended up being in the line of fire for the storms in that time period were Virginia, Maryland, North Carolina, and South Carolina. There were 12 more tornadoes spawned from this system before it moved into the Atlantic Ocean. Two tornadoes touched down as EF3 tornadoes, both in North Carolina. The first of the two EF3s, killed 2 people and injured 10 more. It carved a 5.5 mile path of destruction while the second EF3 tornado carved an 160 mile path of destruction. The tornado even picked up a school bus carrying students and dropped it 75 yards from its location. There were 21 students injured from the school bus in this tornado. This tornado would go one to be known as the longest-tracked tornado to ever go through North Carolina.

Conclusion
The Pre-Thanksgiving Tornado Outbreak produced up to 94 tornadoes during its duration with up to $291 million dollars in damages. This outbreak was noted to be especially significant because it was one of the most prolific outbreaks to happen in late November. There were 26 lives lost from this tornado outbreak with 15 of those lives being lost in Mississippi.