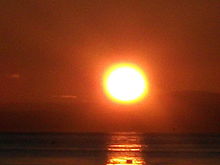 After a record breaking weekend with temperatures making it up into the 70s on Saturday and even the low 80s on Sunday, we expect changes to begin to arrive…but not until later this week. Today, just like the last few days we do expect temperatures to make up to a near record high of 79 degrees under partly sunny skies making it feel like summer. Tuesday, will be more of the less the same except slightly cooler with highs in the mid 70s and also with a cold front that will be approaching by late day. On Tuesday evening, that cold front will slide through and bring us a change of showers and a few thunderstorms too. Right now there is no severe threat but that could change within the next 24 hours. On Wednesday, it will be much cooler with highs back in the mid 50s for highs. Thursday and Friday will be much of the same with highs hovering in the 50s for highs with sunshine in the picture. Overnight lows will range from the low 60s tonight to the mid 30s by Thursday morning. Make sure to dress for the weather this week, especially with the changes in the weather later this week.