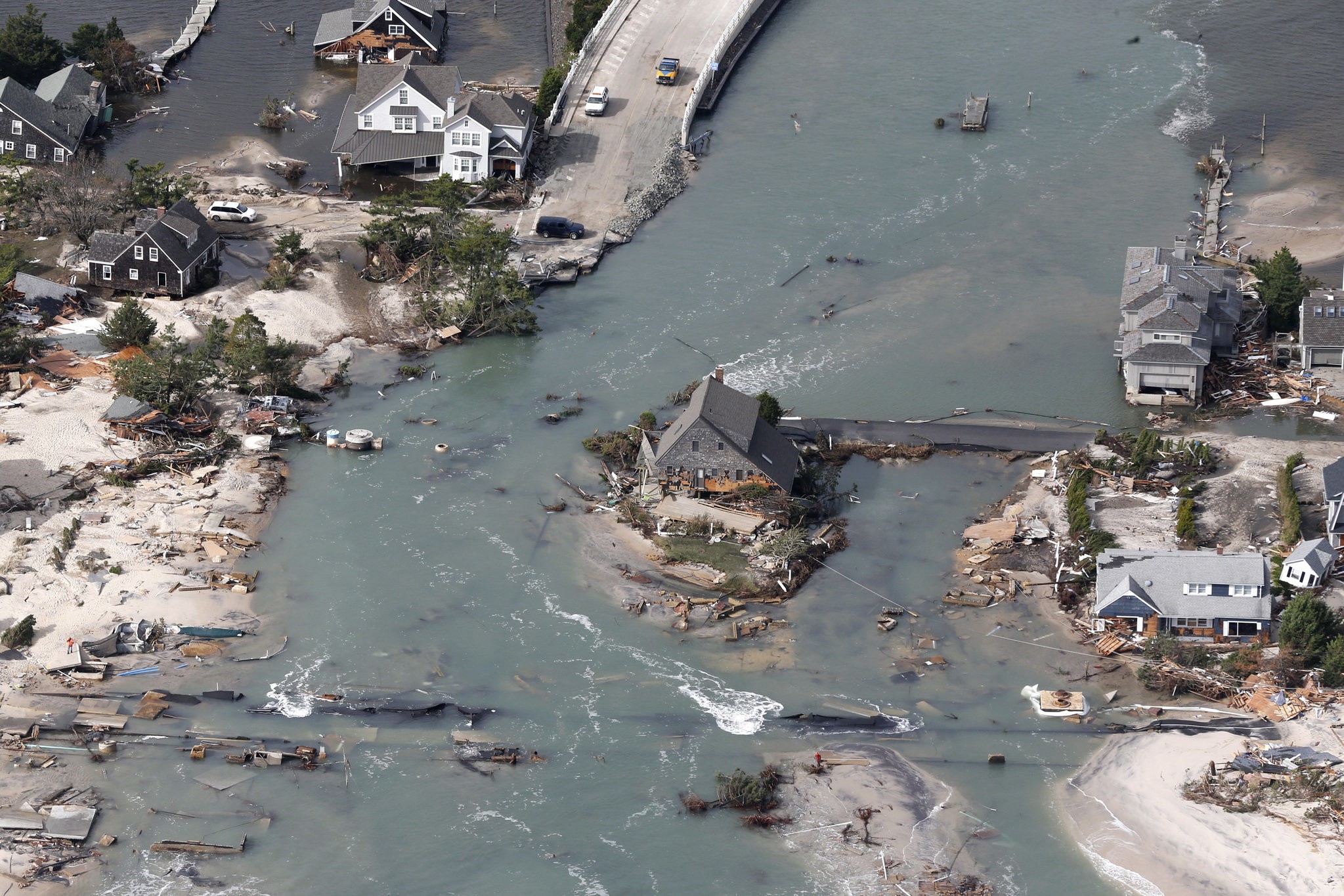 Halloween is often known for being notorious tricky with the weather. For example, last year, here in Muncie, we got hit with some measurable snowfall due to cold air rushing behind a strong cold front that led to that happening. The year before that, we also had rain fall on Halloween as well in portions of the Midwest. Looking back to 2012, that would be a Halloween that would go down as one of the most shocking. Although the nightmare didn’t initially happen on Halloween, there were still impacts that lasted up to that day and well past it. That nightmare was Hurricane Sandy.

Initiation
Late on October 22, a tropical storm system formed in the central Caribbean and this would soon evolve into Sandy. Through the next several days, Sandy rapidly grew in strength and was eventually upgraded to a hurricane as it progressed through Jamaica, eastern Cuba, and the Bahamas. By the time it had gotten through Cuba, Sandy had made it up to being a major Category 3 hurricane. However, after a little bit of being a Category 3 hurricane, the hurricane started to weaken as it began to track to the east of the United States.

Sandy’s Mysterious Track
As the hurricane began to churn farther out in the Atlantic Ocean, forecasters were making models on the track of Sandy heading farther out to sea. At that time, the models showed that Sandy was no immediate threat to land in the United States. However, an European model disagreed with the other models and showed Hurricane Sandy making a unique U-turn to the East Coast of the United States. In the days to follow, more models started to agree that the hurricane could make a U-turn and strike the East Coast of the United States. By October 28th, all the models were agreeing that there was to be an expected landfall somewhere on the New England coastline.

Preparation for the Surprise Hurricane
By late afternoon on, October 28, all flights for the rest of the day October 28th and October 29th were cancelled as a result of the upcoming hurricane. Busses and subways had to be moved to higher ground, although even this would not stop Sandy from severely halting transportation after it passed through.

Sandy’s Landfall and Impacts
On October 29th, Hurricane Sandy made landfall in New Jersey as a tropical storm. Sandy sent record tidal waves moving onshore as it made landfall as well leading to major flooding to the coast which was already experiencing high tide from a full moon. Sandy knocked out power to millions of people along the New England coastline and even for states further west in New England. Sandy dumped significant rain and even significant snowfall in some locations as well due to the cyclone colliding with a stalled cold front, thus leading to snowfall. In the Great Lakes, even though Sandy did not reach the area, winds of 60+ mph were reported in the area. Sandy continued to track inland and eventually dissipated over eastern Canada on Halloween.

Sandy’s Aftermath
After Sandy finally broke apart, millions in New England, northeast, and southeast were without power or electricity in the wake of the storm. New Jersey and New York transportation was unusable because of floodwaters invaded the tunnels, flooding the subway areas. Rivers were also flooded as the result of the hurricane. Bus systems were halted for a while due to the flooding waters. In West Virginia, where they were hit hard by snow from Sandy, had no power for up to two weeks after the cyclone impacted the area.

Shocking Facts about Sandy
Although Sandy seemed like you average typical tropical storm, it was had characteristics that would isolate this cyclone from being considered on the same level as a tropical storm. Even though the system was only a Category 1 hurricane, while still out at sea, it had a pressure that could compare Sandy to as much as a Category 3 hurricane. Sandy entered the New England coastline from a perpendicular angle because they system was caught between a high-pressure system to the north and a low-pressure system to the south. Sandy hit during high tide and led to catastrophic flooding in New England. Sandy was even combined its own characteristics as a tropical storm with characteristics of a early winter season extratropical cyclone with led to torrential rain switching to snow.

Climate Change’s Role on Sandy
Furthermore from the interesting facts presented about Sandy, Sandy was also known to be associated with climate change. Due to Sandy’s storm surge, it had been overlooked as a possible reason for Sandy’s devastating impacts along the New England coastline. Scientists have even claimed that by 2035, 11% of hurricanes would reach Category 3, 4 or 5 strength. They also claim that there could be possibility that 32 super-extreme hurricanes may have formed by that same year.

Comparing Sandy to Other Hurricanes
Hurricane Katrina, which struck New Orleans back in 2005, produced $170 billion dollars in damages. Behind that, were the hurricanes Harvey, Maria, and Irma. All of which had led to more than $50 billion dollars in damages. Hurricane Sandy ranks worse than Irma because of its cost in damages and the lost in life which was 285. Most of the people that lost their lives were in the United States surprisingly.

Lessons Learned from Sandy
Following Sandy, the National Hurricane Center decided to set a new precedent called the “Sandy Rule” . The “Sandy Rule” allows the National Hurricane Center to gain control on putting out tropical storm/hurricane watches and warnings and allows for the agency to continue to forecast the track and the intensity of a post-tropical storm or hurricane.