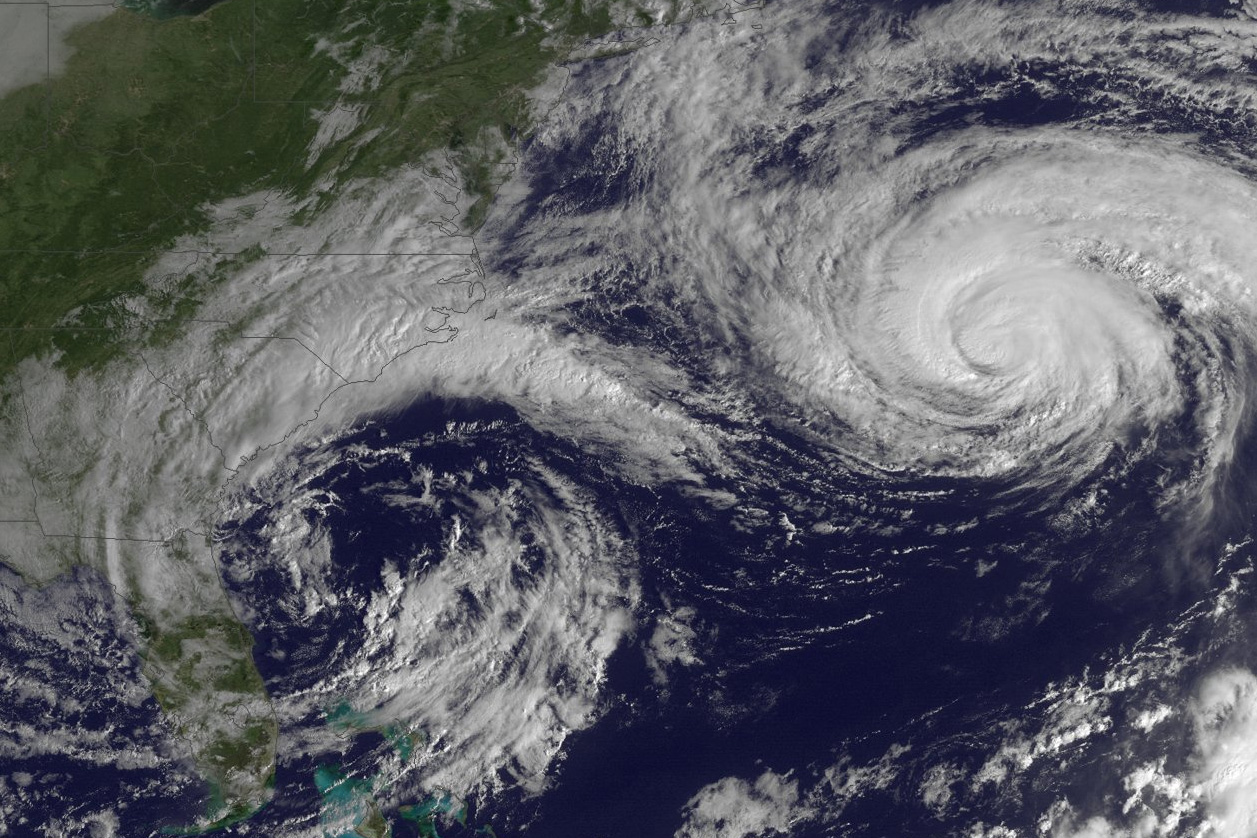 October 2015 was a difficult time for portions of the southern U.S when a massive flood event unfolded as a result of a nearby hurricane that triggered the event. Today, we will be exploring further on how the event formed, what happened during this event, and what happened as a result.

Introduction
Late in September, a tropical system began to take form out in the Atlantic Ocean and soon that storm became Hurricane Joaquin. The hurricane slowly tracked its way to the Bahamas by October 1. The southern parts of the U.S., in states like North Carolina and South Carolina, there had been a possible threat that the hurricane would impact since there were multiple models that point the storm going in all kinds of directions. Some of the predicted tracks had the storm hitting the southern United States while others pointed out to the sea.

Impact on Bahamas
On October 1, Hurricane Joaquin tracked its way through the Bahamas and devastated the area. The most extreme damage occurred south of Long Island. It was also reported that a couple ships were caught in the storm and one initially went missing as a result of being caught in Hurricane Joaquin’s wrath and is presumed to have sunk killing all on board as of April 2017.

Flooding Hits Southern United States Hard
By October 3, the stalled boundary was being influenced by Hurricane Joaquin, which was far out in the sea at the time. The hurricane helped to fuel the system that was located in the southern U.S leading to an excess in rainfall amounts due to the system stalling there. Rainfall records ended up being set as a result of the heavy rainfall. The state that was hit the hardest was South Carolina with many areas seeing more than 20 inches of rainfall in a 24-hour period from October 3 to October 4. One area in South Carolina, Mount Pleasant, received up to 27.15 inches of rainfall within a five day period ranging from October 1-5. Portions of other states such as Florida, Georgia, Virginia, and North Carolina, all reported cities that had more than 20 inches of rainfall during the same five-day period.

Aftermath
The October 2015 storm complex had a lasting effect in parts of the Southern United States. The rainfall that fell in South Carolina prompted a new state record to be considered as the result of how much rain had fallen in the area. The event was also considered on the most significant events to happen in modern-day history. There were lots of reports of flood damage caused as the result of the heavy rains that befell the areas in the Southern United States. The most significant flooding occurred at smaller creeks and rivers. The storm complex ended up racking up to $2 billion dollars in damages as a result of the flooding that took place with the system.