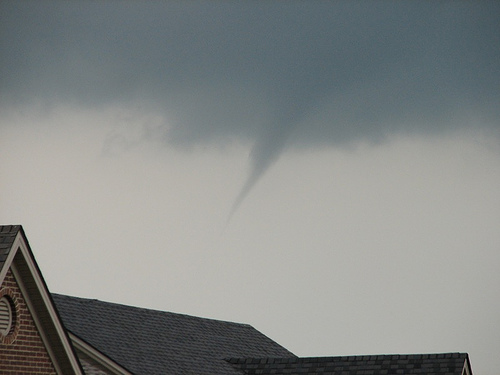 It’s that time of year again where we start to see shifts in the weather patterns. From warm and toasty temperatures to cool and breezy temperatures. During autumn, it is common to have sudden shifts in the patterns as the result of the jet stream beginning to move south. However, behind some cold fronts here in the Great Lakes and Ohio Valley, we are often left behind with additional showers that usually form from cold air aloft. Usually, when we get a strong cold front, this may occur. However, there are times where aloft can also contribute to cold air funnels forming within rain showers.

Cold Air Funnels in Muncie?
There have been instances of cold air funnels forming in or near Muncie. The last documented case of a cold air funnel in Muncie was as recent as last year on June 17, 2019. The cold air funnel formed at around 6:49pm, as the result of a little rotation in the atmosphere and cold air aloft which produced some instability showers and storms.

Are Cold Air Funnels Dangerous?
Cold air funnels are usually harmless especially when they aren’t touching the ground but if they were to touch down, they would be considered as dangerous enough to cause considerably damage.

Conclusion
Cold air funnels are something that can be really cool to get a glance of. Although, they make look pretty scary and ominous, they are pretty enjoyable to glance at from a distance.