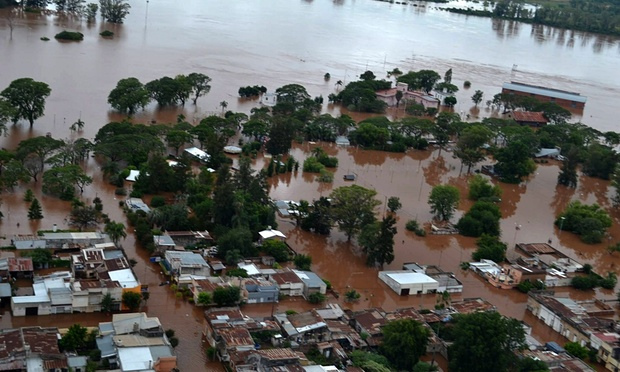 There are many factors that can contribute to our weather. Whether if its a cold front or a high pressure system, there are other factors that can influence drastic changes in patterns as well.

Introduction
There are a two random phenomenon that can have very impactful effects on out weather. They are known as El Nino and La Nina. El Nino is known as the warm phase which includes the waters near the equator in the Pacific Ocean are much warmer. El Nino is also referred to as “little boy” in Spanish. La Nina, is the complete opposite of an El Nino, it is known as the cold phase. This means that the waters near South America in the Pacific Ocean are much cooler. La Nina is also referred to as “little girl” in Spanish.

El Nino Impacts
There are many areas that are impacted by El Nino. El Nino has a variety of impacts on the North America. El Nino usually leads to warmer than average temperatures across Canada and the northern half of the US. It also leads to wetter and colder conditions in the southern part of the US. The Great Lakes region also ends up being drier than normal as the result of El Nino. With hurricane season, El Nino leads to less hurricanes in the Atlantic Ocean but leads to more in the Pacific Ocean. El Nino also has negative impacts on marine fisheries for a period of time. With tornado season in the US, El Nino helps to limit the severity of outbreaks. that occur in the following spring.

La Nino Impacts
There are many areas that are impacted by La Nina. La Nina can have a variety of impacts on North America. La Nina usually leads to colder than normal average temperatures across Canada and the northern half of the US. It also leads to warmer than average conditions in the southern part of the US. During the winter, it is much wetter in Canada and in the northern half of the US, especially around the Great Lakes. With hurricane season, La Nina leads to more hurricanes in the Atlantic Ocean while the Pacific Oceans gets less hurricanes. La Nina can also lead to a dangerous tornado season in the spring which usually features more impactful severe weather outbreaks.

Scary Events that Happened with La Nina
There have been many La Nina years that featured all kinds of catastrophes. For example, the record 2005 hurricane season that featured many dead hurricanes that struck the US. There was also the Super Outbreak of 2011 that featured over 300 tornadoes and billions of dollars in damages. Back in the 1974, after a strong La Nina, the Super Outbreak of 1974 formed that April leading to catastrophic impacts much of the central and the southern US states.

Conclusion
El Nino and La Nina can have many negative impacts on the weather and climate. Surprisingly, we are under a La Nina phase and the pattern is expected to continue into spring of 2021.