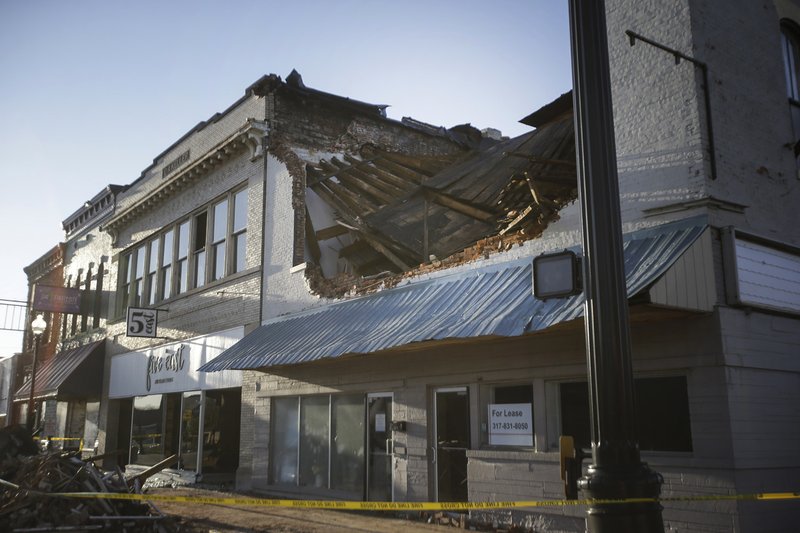 Last night will go down in the record books across the state of Indiana and across much of the Ohio Valley in the weather department. Last night about 100 reports of severe wind and hail reports were reported across the state courtesy of a robust cold front that brought derecho-like system that tore through the Ohio Valley and adjecent area last night. The main system brought severe winds from Central Illinois to North-central North Carolina spanning for nearly 700 miles and lasting nearly 12 hours. The strongest known wind report from the storm was 77 mph in rural Lawrence county, just south and west of Bloomington, where extensive structural damage was reported as well.

The system thrived on the atmospheric conditions of April 8th and days prior as a southwest flow aloft from a tropical ridge cranked near record high temperatures throughout much of the region. Despite somewhat dry air the atmosphere was very unstable producing CAPE values of up to 2500 J/kg which is numbers more than sufficient enough for a severe weather outbreak for the region. The trigger for the system was an upper level low near the US/Canada boarder in the plains with a cold front tapped into the unseasonally warm atmosphere, firing up and delivering a severe weather outbreak with strong winds and hail. Mainly central and South-central Indiana was when the system was at it’s peak around 9 pm. Taking up all atmospheric energy from discrete super cells that produced large hail up to the size of baseballs in Illinois, into a gigantic QLCS (squall line) monster.

The storm produced a long nearly 300 mile wide bow echo at it’s widest with damaging wind reports scattered all along the line. Smaller curves or kinks in the squall brought brief rotation spin ups brought tornado warnings for central Indiana and for the Cincinnati area. A confirmed brief tornado was confirmed by a storm spotter near the town of Spencer, Indiana as well as an unconfirmed report of a tornado in Marion county which is under investigation. All across the news in the internet in the weather segment is Moorestown, Indiana, which seemed to be the epicenter of the outbreak. Where there was extensive damage across the town resulted in extensive downed trees, downed power lines, and the destruction of some downtown buildings due to the strong straight-line winds. In total over 100,000 people lost power during the outbreak and it is safe to say that the damage is widespread across the state.