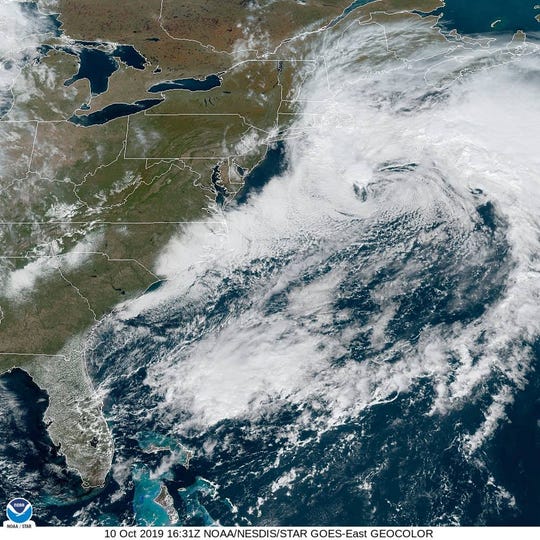 The weather here remains relatively calm and pleasant, but that is not the case along the east coast, where an intensifying Nor’easter sits off the mid-Atlantic coast. Strong winds, rough surf and coastal flooding are expected through late-week.

Heavy rain looks to be one of the biggest threats, with 2-5 inches of rain possible, especially in the southern, coastal portions of New England. Coastal flood watches, warnings and advisories have already been issued all along the Mid-Atlantic Coast where the approaching Nor’easter could bring areas of widespread, moderate coastal flooding from the northern Outer Banks to Cape Cod.

The other big threat with this looks to be wind, with sustained winds up to 40 mph are expected across southeast New England. Gust 50 to 60 mph are also expected in some areas as well. Winds will be fairly gusty along many other areas along the Mid-Atlantic and Northeast Coasts as well, with sustained winds between 10 and 25 mph in many areas along the coast, with gusts as high as 35 mph. Wind advisories as well as High Wind and Gale warnings have been issued for these areas through tomorrow morning.

The wind as well as the heavy rain and coastal flooding will likely result in rough surf and rip-current conditions for a prolonged period along the East coast as well.