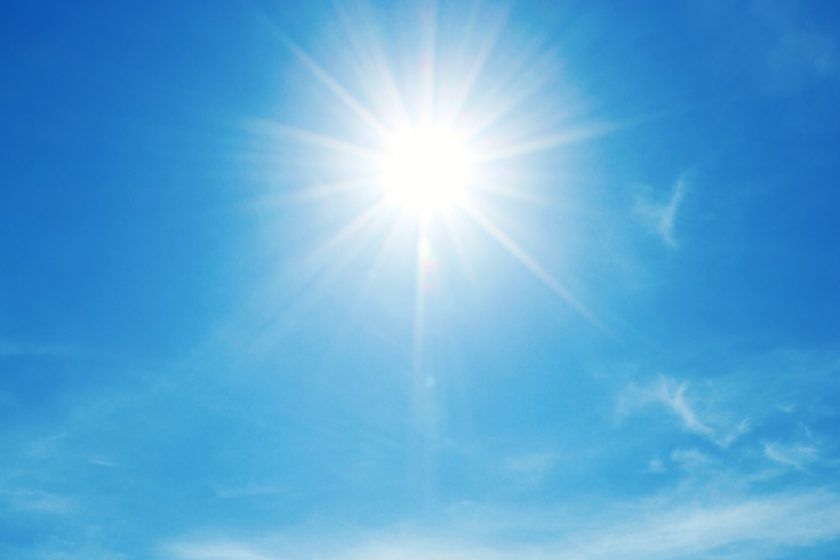 Meteorological spring and Spring Break are one day away, and with that revelation comes the sense of freedom. But with that freedom comes a terrible price, and one of those prices is the potential to be burnt to a crisp by the Sun. This is a sunburn.

A sunburn is skin damage caused by being exposed to the Sun for a long period of time. The Sun emits all kinds of light and radiation, of which all those forms are categorized by the electromagnetic spectrum. One form of radiation is “Ultraviolet radiation,” or UV. It’s a form of light that we cannot see. The UV radiation passes through Earth’s atmosphere, and as it reaches the surface, it interacts with a person’s skin, which absorbs the energy. The skin responds by using melanin, a substance that essentially “darkens” the skin, minimizing the damage. If the skin absorbs enough over a period of time, however, the melanin might not be able to stop the UV radiation, and some cells inside the skin have the DNA in them damaged. This causes some of the skin cells to suffer major damage, resulting in the skin reddening and becoming painful to the touch. The body is then forced to reject the damaged cells by peeling. Left unchecked, some sunburns can result in blistering, and in the long-term, sun exposure can result in early aging and some skin diseases.

Since it’s ultraviolet radiation that sets the stage for the sunburn, anything that produces UV’s – the Sun, tanning tables, etc. – can cause sunburns. To treat sunburns, get away from the UV-producing object (like the Sun) and drink lots of water. If blistering, seek help from medical professionals. Otherwise, apply after-sun gels or other cooling agents that can cool the skin down, like Aloe. Avoid oil-based products that can cause more damage. Cool baths can also alleviate some of the pain. Finally, if necessary, some over-the-counter drugs can be used to minimize the damage and pain.

To prevent sunburns, wear lots of sunscreen that can protect against UV radiation. This can include lip balms and sunglasses. Reapply every few hours. And make sure to stay out of the Sun as long as possible, particularly between 10 am and 4 pm. Do this even on cool days or on cloudy days.

In summary, sunburns are the result of the Sun, and of light, being unusually cruel to those who want to have fun. Treatments require using lots of cream. Prevention requires lots of sunblock or just hiding from the Sun.