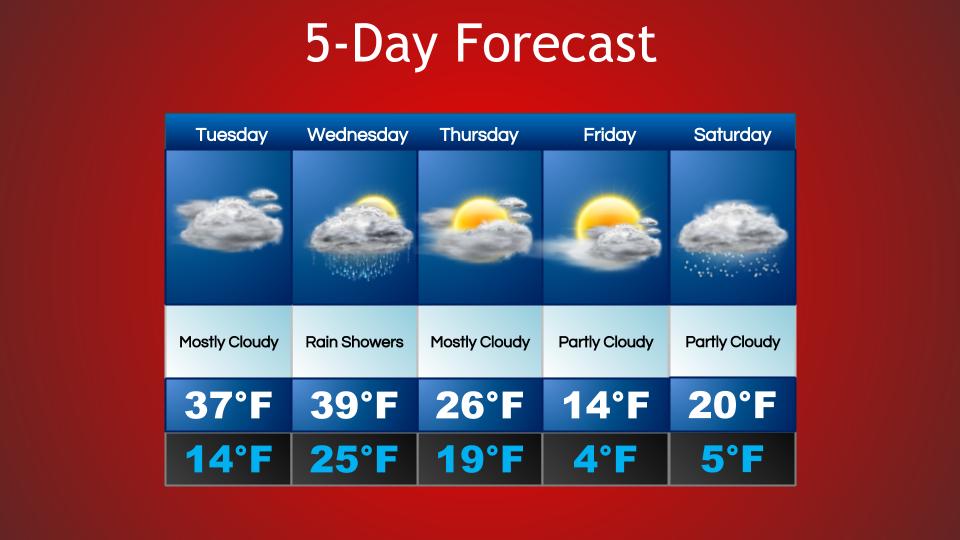 Over the next several days, we’ll start out with temperatures that are about average, with highs in the 30s for Tuesday and Wednesday. Tuesday will involve mostly overcast skies. Wednesday will involve potential rain showers as a low moves into the region, and Thursday will involve skies being mostly cloudy and highs being in the mid-20s. Friday will be a calm before the storm, with highs in the teens and partly cloudy skies expected. Finally, Saturday will bring with it snow showers and temperatures in the teens to low-20s.

In summary, this week will be erratic, with cloudy skies expected throughout the whole week, warm temperatures and rain showers at the start of the week, and eventually cooling down, with snow showers possible, throughout the week.