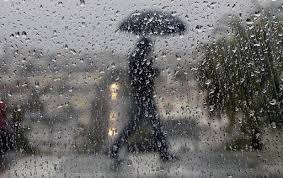 Currently:  Much of the moisture in the atmosphere has decreased,  with lower dewpoints relieving some of the mugginess from earlier today. Dense cloud decks are slowly being broken through, allowing for peaks of sunshine.

Later on today:  Scattered showers will continue to slowly build throughout the late afternoon and evening hours, providing brief, but at times intense, amounts of rainfall. Development of a thunderstorm or two is possible within these scattered showers, but unlikely as these are mostly short-lived.

Overnight:  Temperatures tonight dip into the mid to lower sixties past midnight.